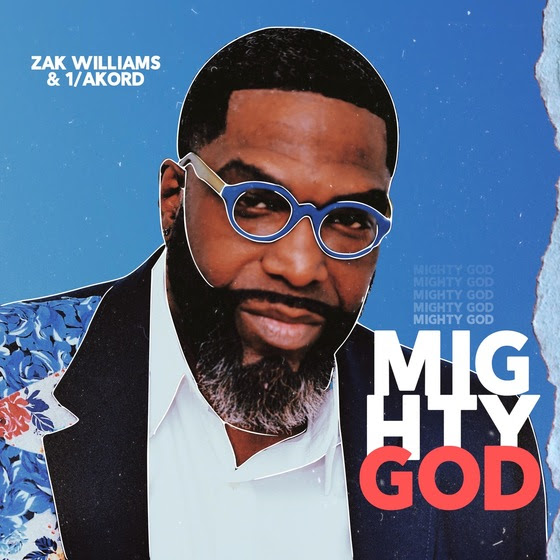 Posted on August 3, 2020 by Gregory Gay
2020 Stellar Gospel Music Award Nominee for Traditional Choir of the Year Zak Williams & 1AKORD are the quintessential Gospel choir.  From contemporary Praise to beautifully arranged worship ballads, the choir executes every song and performance in excellence.  Their interpretations of traditional Gospel music and sacred songs are the favorites of fans and has established the choir as one of the most versatile in the nation.
The Philadelphia based ensemble and founder/frontman Zak Williams released their acclaimed album THE NEXT CHAPTER last year under the helm of Enon Music Group (EMG).  The album has produced multiple radio hits – “Unpredictable God” and “He Reigns”.
Zak and his choir have released another radio hit.  “Mighty God” from their Billboard chart-topping album THE NEXT CHAPTER is heating up gospel radio and quickly becoming another choir favorite song.
“Mighty God” is written by Garry Levere and arranged by Austin Woodlin. The song is magnificently executed with the roaring and harmonious signature sound of 1AKORD.  “Mighty God” is an undeniable example of why Zak and his choir are considered a contributor to the classic ‘Philly choir sound’ that has been beloved and replicated throughout the country for decades.
THE NEXT CHAPTER is available on all digital music platforms and available internationally in South Korea via Sony Music / The Orchard / Sound Republica.  The physical album is available in Christian Stores distributed by New Day Christian Distributors.
Zak and 1AKORD will premiere a performance video of “Mighty God” on their Facebook page on August 14.