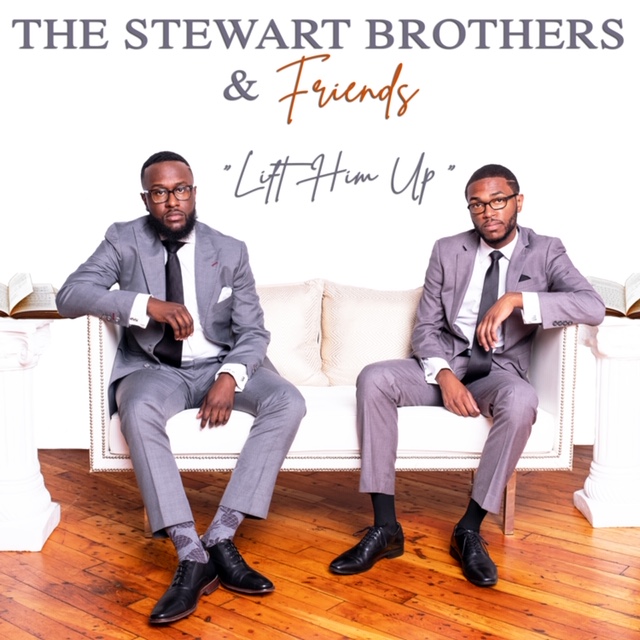 Gary and Aaron Stewart celebrate the great songs of the church as Lift Him Up, the inaugural single from their debut CD for Enon Music Group hits digital outlets and streaming platforms on August 18th.

The Stewart Brothers were raised and nurtured in a home where the things of God were first priority. Biblical principles were their foundation, and  music was their space for creative expression.   It was one of the things they would eagerly embrace.  Gary began playing drums at 6 years old, while Aaron would follow suit earlier at age 4.  Gary moved to the piano at the age of 10 and Aaron took a liking to the bass guitar at 9.  Gary moved on to the organ, playing the Hammond B3 and Pipe Organ at 14 and Aaron started singing at 15. Their musicality was furthered through training and instruction in their college years at Morgan State University.

Expanding their horizons, the brothers gathered some friends to minister hope and encouragement to the masses of people needing to hear it, birthing the Stewart Brothers and Friends.  As hymns had hugely been the soundtrack of their lives, the brothers thought to put them in a different perspective and Encounter Hymn  the CD project was birthed.

EMG Vice President Garland Miche Waller stated, “Its quite refreshing to see a group of young people dedicated to their craft fostering appreciation for the hymns of the church.  We are grateful that this project exists and are elated to see them reach impact other generations with hymns.