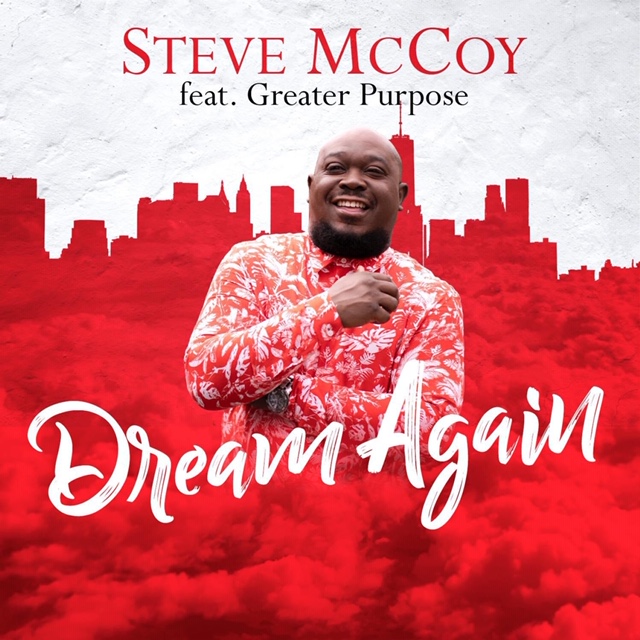 Posted on August 20, 2020 by Gregory Gay
Steve McCoy and Greater Purpose challenges believers to look up, gear up, hold on to faith and Dream Again.
As a singer, songwriter, choir director, worship leader and producer Steve McCoy is an anointed ministry gift to the body of Christ.  An expressive and in-depth songwriter and producer, he has contributed uplifting Kingdom music over the years  to some of Gospel’s premiere artists including Earnest Pugh, Sonny Badu, Khare Hawkins, Derrick McDuffey and Kingdom Sound, Kevin Terry and others.  It is fitting that he would release a new single to encourage believers all over the world to get your hope back and Dream Again, it’s something he has lived through and has victor’s rights for.
Steve’s musical origins begin with his affinity for the drums, which he began playing in church at age 6.  The loss of his mother was a turning point in his life, yet Steve journeyed on, even through the pain of such a huge loss.  Steve experienced the miraculous power of God when he was healed from cancer at the age of 16. Seeing God at work in and through the years of his life allows him to draw upon life experiences as he writes music.  In his own words, “I love God, but He loves me more.”  He readily embraces the mandate to carry the message of Christ and His finished work to believers and non-believers alike.
Dream Again is available on digital platforms and streaming outlets and is being serviced to radio