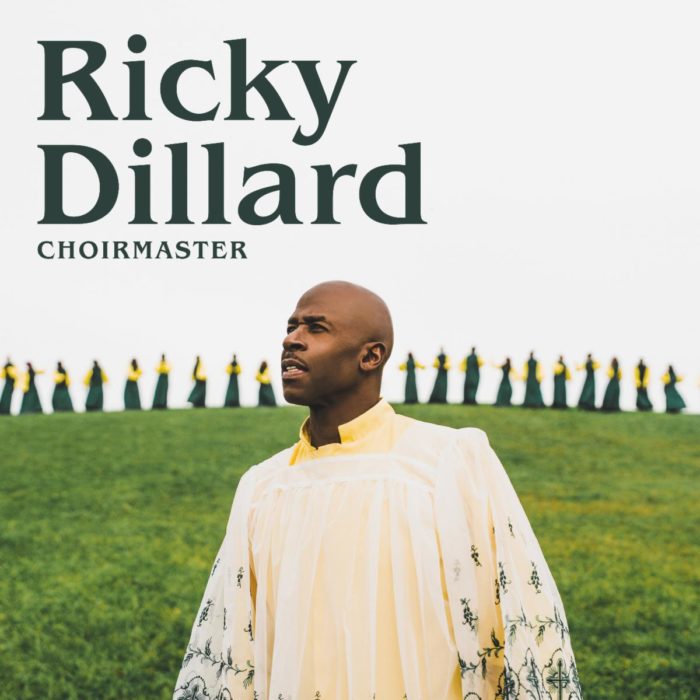 Recorded live in Chicago before a sold-out church audience, Choirmaster brings choir music back to the forefront, as Dillard returns to the churchy sound and style, he first pioneered years ago. The project features standout singles “Release,” featuring Tiff Joy (currently a Top 15 single, and rising, at gospel radio), “Let There Be Peace On Earth,” “Since He Came,” and “More Abundantly Medley,” a revisited treatment of his first hit single. Videos for the same songs have become instant fan-favorites as well, already amassing over 2 million views between them.

“I hear many ministers of music and music directors saying they want choir music,” Dillard said. “We love praise and worship music, but we want to go back to songs that choirs want to sing on Sunday morning. It’s not that praise & worship is not for congregations, but we have our own style, our own flair, our own sound, and we’d like to retain that.”

With songs like “God’s Gonna Do It,” “I’ll Trade My Worries For Worship” and “Never Failed Me Yet,” Choirmaster takes you to Sunday morning church with musical arrangements ranging from mid to upbeat tempos to praise-worthy melodies with messages filled with gratitude, faith, hope, unconditional love and peace that rejuvenates the spirit and heals the soul. In addition to the four previously released commercial singles, other standouts include “He’s My Rooftop,” one of Dillard’s favorite songs by The Mighty Clouds of Joy featuring lead vocals by quartet singer Keith “Wonderboy” Johnson, and the churchy piece rendered by Donisha Ballard “Never Failed Me Yet.”

Recently celebrated in TIME and Rolling Stone articles on Kanye West’s pivot to gospel choir music, the innovative Ricky Dillard has been sharing his gift for gospel with the world for more than three decades, making an immeasurable mark on the genre and inspiring some of the most successful artists in the music industry.

A true pioneer, Dillard’s influence can be seen across genres and generations, inspiring the sounds of acts like Kirk Franklin and Kanye West. He has shared the stage with the likes of Patti LaBelle, Jennifer Hudson, Queen Latifah, Debbie Allen, Bonnie Raitt, and P. Diddy.