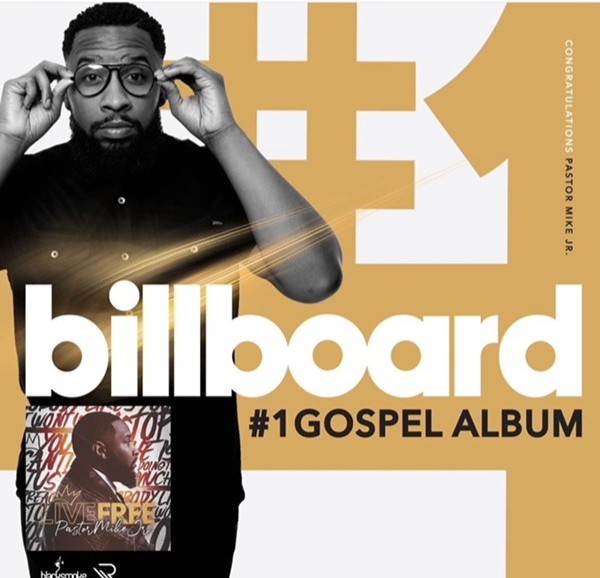 Prior to the release of the album, Live Free’s  first single “Big” reached to #7 on Billboard’s Gospel digital song sales earlier this year.

It doesn’t stop there. It was also announced on Pastor Mike Jr.’s Instagram page that Live Free has reached over 1.2 million streams. Pastor Mike Jr. is a label mate to several top artists, such as James Fortune and Zacardi Cortez, on Black Smoke Music WorldWide founded by Kerry Douglas.

Live Free features thirteen tracks of soul stirring, head nodding, and hand-raising hits such as: “December 10,” “I Got It,” “Look At Me Now,” “Freedom Chant,” “Freedom Chant” (Reprise), “2009 Interlude,” “Real Love,” “He So (featuring Mission),” “On God” (featuring Ray The Great), “Feenin” (featuring Skoolie Escobar), “All I Want Is You,” and “Big” the extended Version.

Pastor Mike Jr., known as PMJ, is the senior pastor of The Rock City Church which is a non-denominational congregation in Birmingham, Alabama. He is married to his wife JaQuetta and has five children.