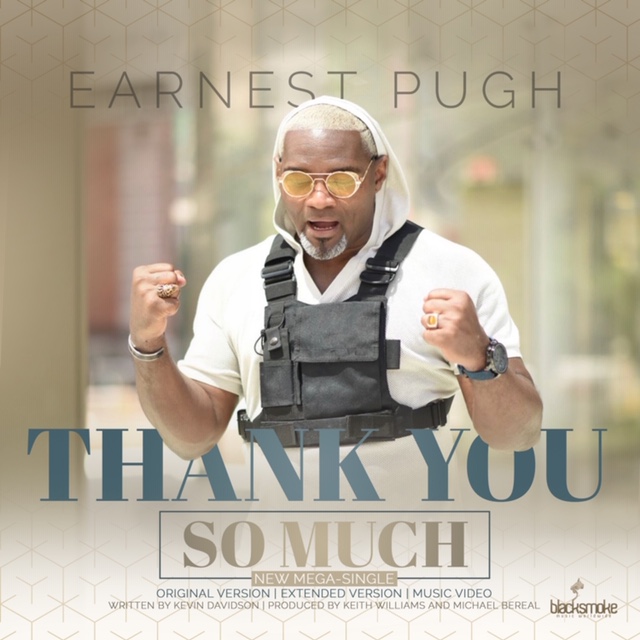 Posted on September 3, 2020 by Gregory Gay
The Gentleman of Gospel , Earnest Pugh is set to debut a music video for “Thank You So Much”, the second single from his latest offering, The Outpour Experience.   Written by Kevin Davison and produced by Keith Williams and Michael Bereal, the catchy, upbeat tune follows on the success of Pugh’s last single, God Wants to Heal You, which made its way to the top spot on the Billboard Gospel radio chart.  “Earnest Pugh is known to deliver great music, his three Billboard Radio number ones are proof of this and Thank You is a really a great song.  I’m sure radio and people everywhere will fall in love with it, as it will be going for adds next week,” according to Blacksmoke Music Worldwide CEO, Mr. Kerry Douglas.
The Outpour Experience is Earnest Pugh’s 12th CD and was recorded live.  The disc features Stellar performances and guest appearances from Amber Bullock and Betty Griffin Keller.  The Outpour Experience is available now on all digital platforms and streaming outlets.
Catch the premiere of the Thank You So Much music video on the following platforms on Wednesday, September 9th:
Mr. Kerry Douglas YouTube Page at 6 PM EST/5 pm CST
Earnest Pugh Youtube Page at 6 PM EST/5 PM CST
NOW Network TV Channel “Entertaining Strangers” Show at 9 PM PST