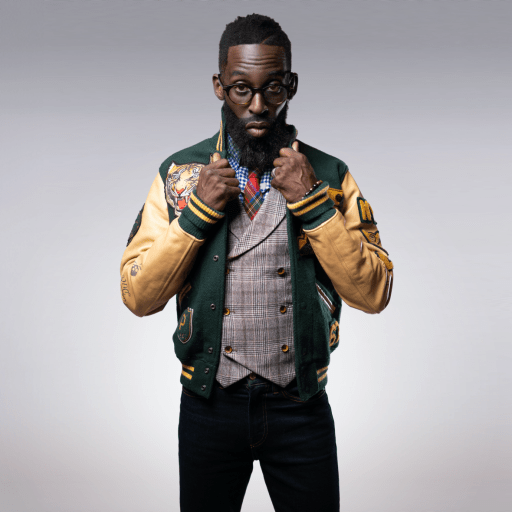 Motown Gospel recording artist Tye Tribbett’s new song, “We Gon’ Be Alright” is now available. The record is a follow-up to his latest hit release “Work It Out,” off his critically acclaimed album The Bloody Win. The release is an uplifting powerful declaration of positivity in light of the tragic pandemic that’s still gripping the nation. “We Gon’ Be Alright,” is available now.

Tye joyously says, “Every time I play the song in my house, my family rushes to dance together and celebrate, even during this pandemic! My prayer is that this song does the same for your house or wherever this song is heard as we hope in the promises of a God who has never failed.”

“Tye Tribbett is undeniably one of the most prolific and relevant artists in faith-based music,” shares EJ Gaines, Co-Executive Director, Motown Gospel. “He consistently makes music that gives voice to our collective stories, without compromising the message or the truth of the Gospel.”

Tribbett is globally known for his range of delivering high-energy praise songs to intimate worship moments and from African rhythms to trap gospel beats. His inspirational delivery and ability to inspire through unforgettable anecdotes and stories are often spread virally online by fans and celebrities alike.

Tye Tribbett is a two-time GRAMMY® award winner and seven-time GRAMMY® award nominee. He has five #1 albums, two #1 singles, and eight top 10 singles. In his career, he’s had over 317 million global streams with over 1.3 million albums sold. On YouTube, he has eclipsed 45 million views. And he’s rocked national TV performances such as The Tonight Show with Jimmy Fallon. He’s the host of TBN’s Gospel Worship Experience television series (2018 – present) and has previously hosted BET’s Joyful Noise television series (2016-2017) and co-hosted the GMA Dove Awards (2016).