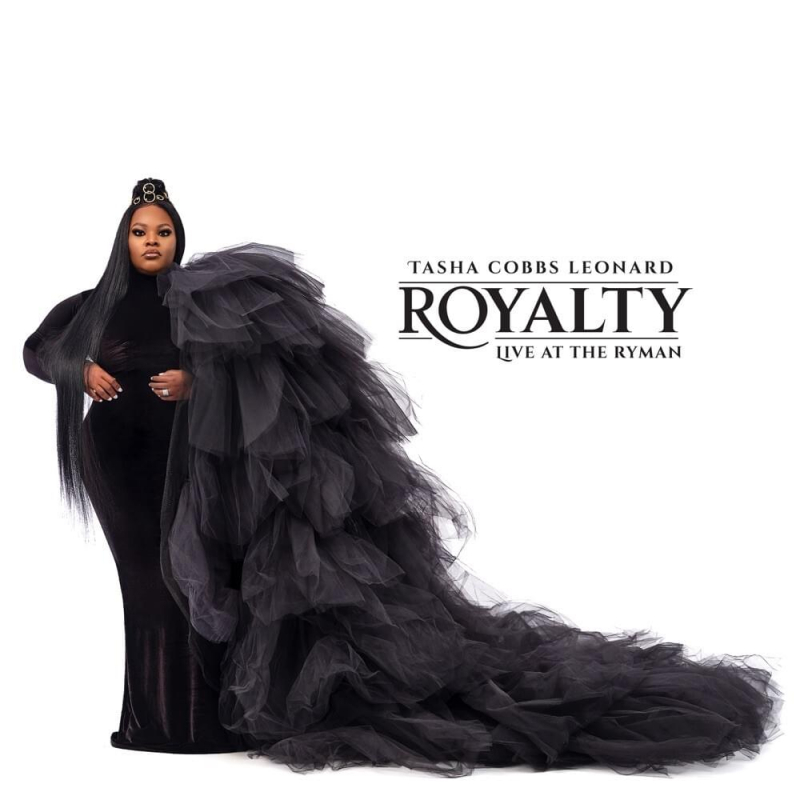 Tasha Cobbs Leonard, releases the title track “Royalty” with a captivating performance video, from the highly awaited album Royalty: Live At The Ryman

The Worship Artist returns with the powerful mid-tempo worship song “Royalty,” a follow-up to the album’s breakout debut singles “Pour It Out” and “Release The Sound.” The melodic praise title song reminds listeners that God’s view of them has always been a vision of us as His children: “I am royalty/I am who You called me….My Father is King/I believe I am Yours.”

Wanting to give fans the experience of making the album at the historic Ryman Auditorium during the global pandemic, Tasha Cobbs Leonard will stream the documentary film event, An Audience of One: The Making of Royalty. This one-night-only streaming event takes place on Thursday, September 24, at 7:00 p.m. EST.

This 60-minute film follows Tasha as she readies the recording and release of her first full album since 2017’s historic Heart. Passion. Pursuit., the highest-selling gospel album of the past three years. Featuring high-definition concert video from the Ryman Auditorium, this “making of” documentary is loaded with behind-the-scenes content, rehearsal footage, and exclusive interviews with Tasha Cobbs Leonard and her team. Tickets for An Audience of One: The Making of Royalty is available now and can be purchase here.

Fans can head over to the merch table and grab exclusive Royalty merchandise, now available on Tasha’s D2C store. Some hot merch includes the new digital album, an acid wash grey t-shirt with custom Royalty logo, and even a limited-edition Hatch Show Print to commemorate Tasha’s historic recording at The Ryman.

Royalty: Live At The Ryman is scheduled to release on September 25.