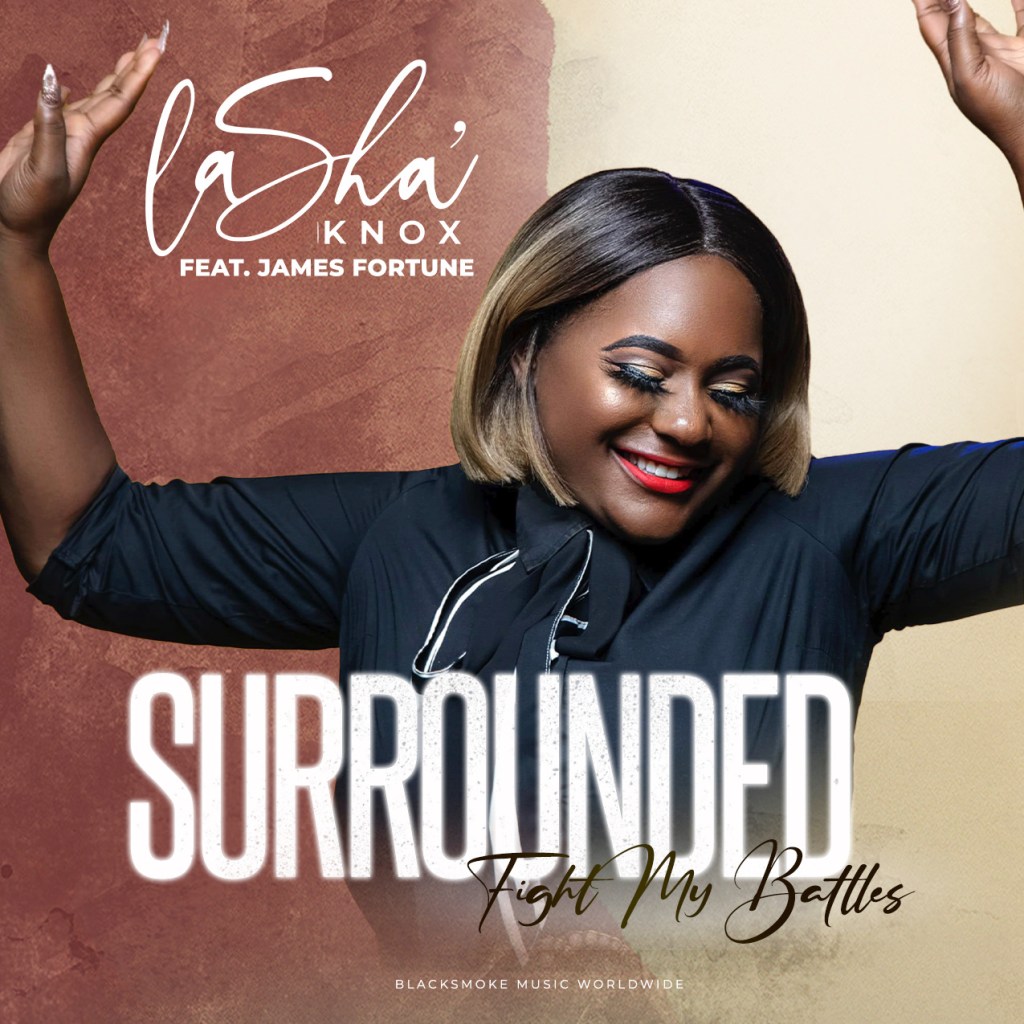 Blacksmoke Music Worldwide CEO Kerry Douglas has a unique ability to know a hit when he hears it. Very early on, he was moved as he observed Lasha Knox minister to the audience. He knew what she had was something the world needed to hear, so he brought in Stellar Award winner James Fortune and collaborated with award winning producer John Elmore and the results have been nothing short of spectacular. “The anointing falls all over EVERYWHERE when Lasha sings”, says Douglas. “She inspires people to hope and trust God even in the darkest of situations”.

Lasha Knox was born for this moment. The daughter of a pastor, she was nurtured and grounded in the faith of the saints and the Word of God.. From an early age, it was evident that this young lady was gifted to minister hope and healing, and it was a calling she initially attempted to run from. Enjoying the pleasures of sin for a season, Lasha’s heart was changed and she was led to find her way back to God. She dedicated her life to His work. Lasha served as worship leader at her father’s church before joining The 3D Church under the leadership of Pastor John Elmore where she now serves as the Pastor of Worship and leads worship regularly.

Surrounded continues to climb the charts as the impact of the song is felt immediately by those who hear and receive the message. Lasha says, its all about perspective. The enemy wants us to believe that we are lost, helpless and hopeless and that God can’t be a deliverer out of every situation. At that moment, at the time we feel overwhelmed and inundated and in fact surrounded by disaster and despair, we just need a reminder that God is a promise keeper and His word has promised that He can’t forget about us. So we fight our battles with praise, prayer and the Word of God.

Lasha is excited about the release of a concept video for Surrounded, marking its debut and readies promotional activities in support of the video’s release.