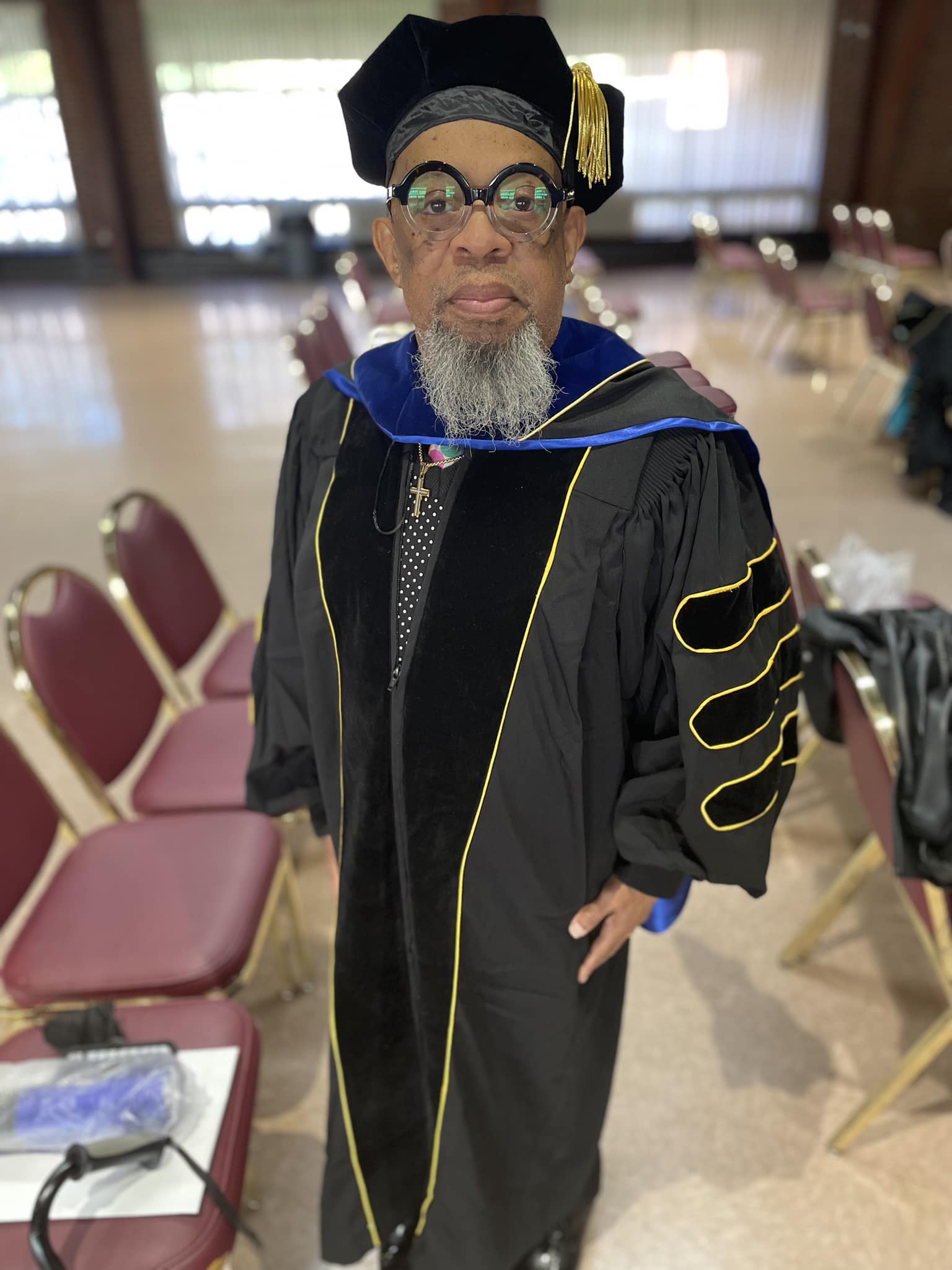 While Jeffrey LaValley has been the recipient of numerous accolades in his 50 years in Gospel music, he most recently added a doctoral degree in sacred music from the Wayland Baptist Theological Seminary during their annual Fall Convocation held in mid-October.

LaValley’s love for church music was stirred by his preacher parents who started his formal training at age 5. His gift was nurtured and cultivated as he played for churches and pastors before accepting a position as minister of music for the New Jerusalem Full Gospel Baptist Church, a post he has held for some 40 plus years Jeffrey led the choir through a number of successful recordings, concerts and appearances. Jeffrey also served as the Minister of Music for the Full Gospel Baptist Fellowship and produced their landmark first recording which was nominated for a Grammy award. LaValley shared his gifts abroad, working with the Florida Mass Choir, Wilmington Chester Mass Choir, Reverend James Cleveland, the Gospel Music Workshop of America, Betty Griffin Keller, and a host of others.

While LaValley’s recordings with New Jerusalem of Joy of My Salvation, The Lord Is My Light, His Eye Is On The Sparrow and I Can’t Feel At Home are instant classics of the church, his Revelations 19:1 has brought him new generations of listeners as the song was recorded by Stephen Hurd, Israel Houghton as well as sampled in Kanye West’s Selah from his RIAA Gold certified album Jesus Is King. BMI honored LaValley with the prestigious Trailblazers of Gospel award in 2021.