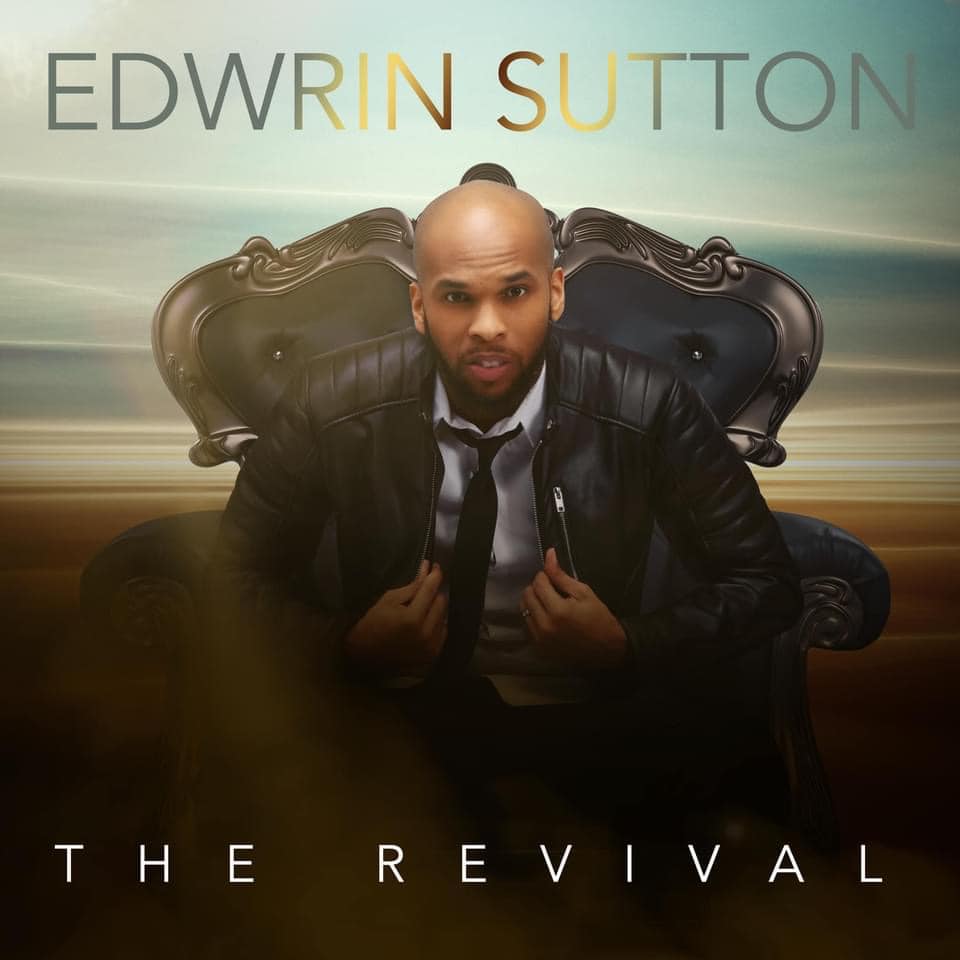 Blacksmoke Music Worldwide recording artist Edwrin Sutton has seen fire and rain throughout the pages of his life, and despite facing adversity, he has gained an enduring faith that he readily sings and preaches about. Sutton is set to stir the winds of revival with the June 11th release of The Revival, his highly anticipated debut CD. The NY based thought leader, political satirist, pastor, teacher and singer/songwriter set the Gospel music community ablaze with his Billboard Top 30 charting radio single, I Hear Rain prominently affixing him on the perennial Gospel music watch list. The album is available now for pre-order.

The North Carolinian native grew up fostering a great love for music and the church. Music was the polarizing influence as he qoekd with choirs both collegiate and community during his college years, He accepted his call to ministry and served the church, endearing himself to the faithful while doing Kingdom work. He was recognized throughout the denomination for his church growth and revitalization efforts that led to a pastoral assignment that would relocate him to the New York area. Sutton hit the ground running and has been on the forefront of ministry using the church to serve as a beacon to the people, not only in the spoken word and music but also through the ministry of compassion providing food and various resources to assist the elderly and families with children throughout the unprecedented time of the pandemic.

“You cannot find a better person with a huge heart than Edwrin Sutton and this is a great record”, says Blacksmoke Music CEO Kerry Douglas. “When you hear Revival, you know its gotta be church and that’s always good. We have the powerful songwriting of Pastor Sutton, whose music is based on his personal life experiences and deeply rooted in the Word coupled with production from Stellar Award nominee Demetrius West with a sampling of some of heaven’s best singing all on one record. The music will make you cry, it will make you shout, it will make you run, but don’t take my word for it, you can hear it for yourself.

Sutton is mounting an audacious marketing campaign in support of the CD’s release and will visit several cities with the first leg of his Revival Promo Tour getting into high gear as the summer commences.