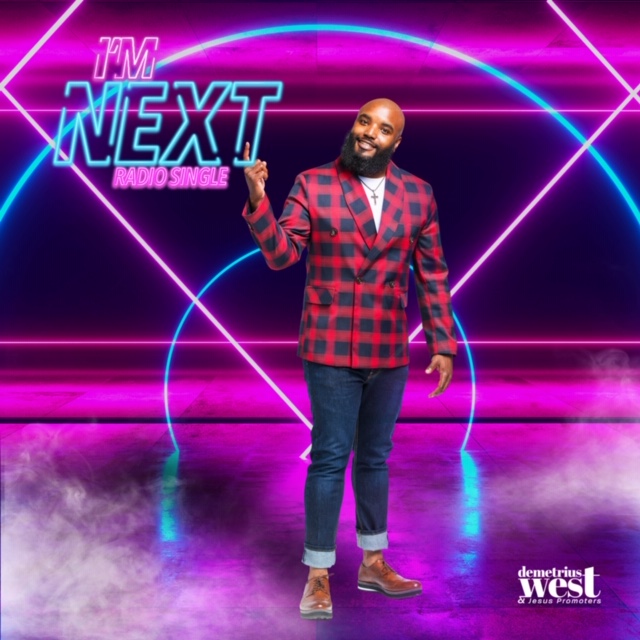 Fans of choir music everywhere are in a state of euphoric anticipation as Indianapolis based Stellar Award nominated choral aggregation Demetrius West and Jesus Promoters prepare for the release of their next single, a song of celebratory affirmation entitled, I’m Next. Released to radio in January, radio programmers have voiced their approval with I’m Next quickly hitting Billboard’s Most Added Chart and gaining ground, rounding the top 40 at radio this week. I’m Next is the follow up single to the choir’s previous radio favorite Open the Floodgates from their Billboard Top Gospel Albums charting CD Choirology.

Looking back on the successes of the past year, Black Smoke Music Worldwide recording artist Demetrius West takes it all in stride with gratitude and amazement. “Never in my wildest imaginations could I have come up with this”, says West. “I actually took a leap of faith in recording Choirology as an independent project. The CD hit the top spot on the Billboard Gospel Albums chart and people immediately began to respond to Open the Floodgates; we rode the radio charts all the way to Number 2, opening many doors for us and receiving Stellar Award nominations and other recognition. I am grateful to God, the untiring efforts of Mr. Kerry Douglas and the Black Smoke Music Worldwide team who give me and JP the opportunity and platform to do what we do best, and that is to promote Jesus.”