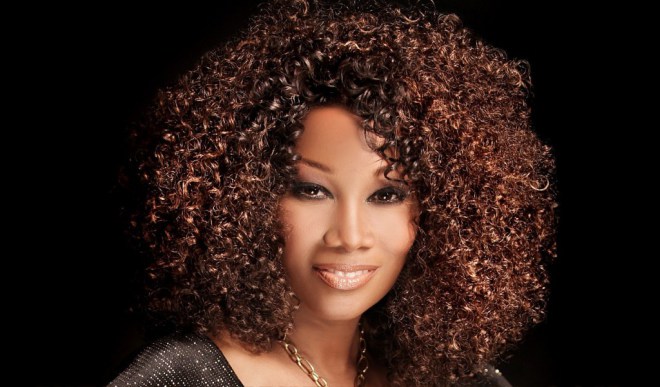 Howard University proudly announces alumna Lesli Foster will serve as mistress of ceremonies for the 153rd Charter Day Dinner on Saturday, March 7, 2020. Foster is an award-winning journalist and mainstay of Washington news as a weeknight anchor for WUSA9. The entertainment for the evening will be Grammy Award-winning Vocalist Yolanda Adams. The annual black-tie Charter Day dinner is Howard’s premier fundraising event. Tickets can be purchased by visiting www.howard.edu/charterday.

“Veteran journalist Lesli Foster is a staple voice in the D.C. community and we proudly welcome her back to campus for Charter Day as we celebrate Howard’s founding,” said President Wayne A. I. Frederick. “We’re also delighted to have an opportunity to experience the vocal power of Ms. Yolanda Adams. This year’s Charter Day dinner will be a night to remember.”

Foster is part of WUSA9’s Special Assignment Unit – leading the station’s “Impact” coverage, which tackles community issues. She joined the station in 2001 and has covered the major events of the times. Her professional work has been recognized with numerous awards, including three Emmys for Best Anchor – plus numerous other Emmys, Edward R. Murrow, Gracie, NABJ Salute to Excellence, Associated Press and TEGNA Make A Difference awards.

Foster graduated from Howard University in 1997 and is a proud member of Delta Sigma Theta Sorority Incorporated, National Association of Black Journalists, International Women’s Forum DC and the Potomac Valley Chapter of Jack and Jill of America. Journalism, she says, is her life’s work, and feeds her drive to make a difference in the lives of people.

The legendary Yolanda Adams still wows audiences all over the world, ever since her 1988 debut album, “Just As I Am.” With 12 albums, five Grammys and performances for several U.S. presidents, she is renowned for pioneering the blend of modern gospel music infused with soul and jazz. For decades, she has empowered fans through her inspirational and contemporary music.

Adams was an elementary school teacher when she began to garner recognition for her stunning performances. It was while she served as a lead singer in her native town of Houston with the Southeast Inspirational Choir that she caught the eye of the prolific Composer/Producer Thomas Whitfield who guided her first album. She was soon hailed as the most versatile contemporary gospel singer since Aretha Franklin.

Her brilliant follow-up albums have earned her multiple awards from music’s highest honors such as the Stellar Awards, Grammys, BMI, Soul Train Awards, NAACP Image, BET, and more. In 2001, she opened a new category and was the first artist to receive an American Music Award for “Favorite Contemporary Inspirational Artist.” The Gospel Music Association has continuously honored Yolanda through multiple Dove Awards and on May 9, 2017, she was inducted into GMA’s Hall of Fame for her outstanding achievements in the Christian music industry.