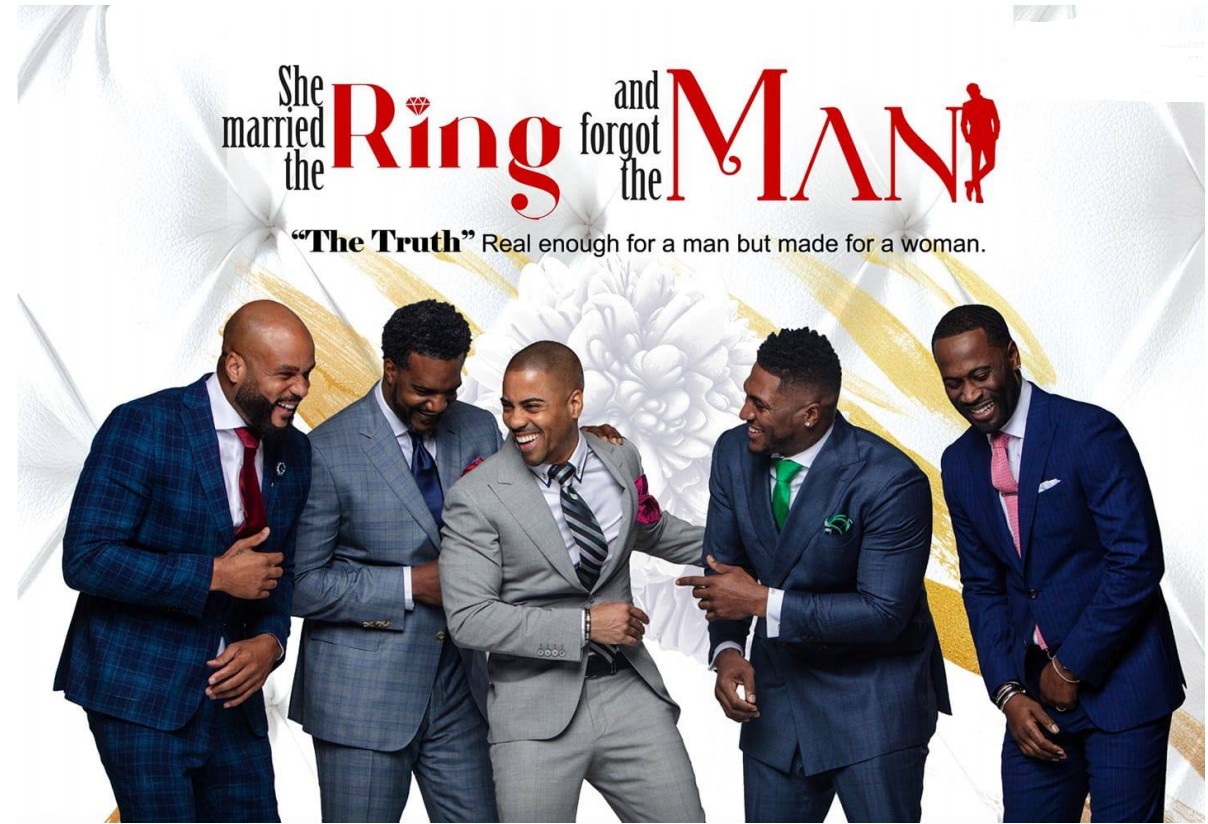 Are you ready for the most powerful, controversial play & talk show you have ever witnessed being produced live on stage right before your eyes? On October 12, 2019 a one of a kind stage play is coming that presents THE TRUTH about relationships.

She Married the Ring & Forgot the Man is a must-see stage play as it gives unapologetic and truthful dynamics that underline relationships.  It allows women to be a “fly on the wall” as a plethora of male perspectives unfold including marriage, love, sex, cheating, divorce, finances, politics, religion and much more. It gives insights from a male’s point of view that are rarely discussed. This play is “Real enough for a man but is made for a woman.”

She Married the Ring & Forgot the Man also incorporates a talk show format. It’s a new and innovative approach to the theater experience that seeks to evoke introspection and non-scripted dialogue about the difficult topics concerning romantic relationships and men presented in the play.

And there’s so much more to this play! There are also soul-stirring performances by a slew of  Grammy and Stellar award nominees who have also graced the Billboard charts. These include Zacardi Cortez, Angie Stone, KeKe Wyatt, Damon Little and Pastor Mike.

You don’t want to miss this theater experience! The play will be held on October 12, 2019 at Boutwell Auditorium, 1930 Reverend Abraham Woods Blvd, Birmingham, Alabama. Doors open at 6:30 and the show begins at 7:30. For more information visit www.shemarriedthering.com.